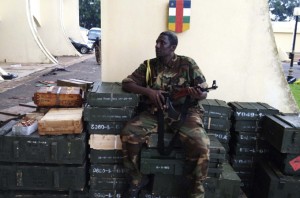 French troops have been out in force in the Central African Republic’s capital after clashes that killed at least a dozen civilians, according to an official, and five Chadian peacekeepers.

Chaos gripped Bangui after heavy arms fire on Wednesday, which sent thousands of panicking residents fleeing for shelter at the airport, where French and African peacekeepers are based.

At least 12 people died in the latest wave of violence, an official at Bangui’s main hospital told AFP.

“The Red Cross brought at least a dozen” bodies to the hospital morgue, the official said on condition of anonymity, adding that 46 people had been brought in with knife or gunshot wounds.

The circumstances of the Chadian deaths in Bangui, which occurred on Wednesday, were unclear, a spokesman for the African Union (AU) force of which they were a part told AFP. 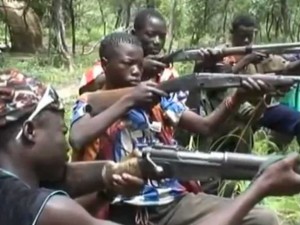 “Yesterday the city was in total chaos and this chaos lasted until the end of the night. Today we are trying to understand what happened,” said Eloi Yao.

The Chadian contingent of the AU peacekeeping force has been accused of siding with a mostly Muslim former rebel group in the strife-torn majority Christian country.

Top Muslim and Catholic clerics in the Central African Republic pleaded for the United Nations to “immediately dispatch” extra peacekeepers to help stop the violence, which French and African forces are struggling to contain.

In an opinion column in France’s Le Monde newspaper, the Archbishop of Bangui, Dieudonne Nzapalainga, and Imam Omar Kobine Layama, said progress by the forces “has been fragile and the troops cannot bear the burden themselves”.

The arrival of UN blue helmets “will eliminate the sentiment of fear and replace it with hope”, they said.

The latest clashes prompted the French force to deploy armoured vehicles near the airport. On Thursday around 600 French peacekeepers were on patrol, according to French Lieutenant Colonel Sebastien Pelissier, focused on the restive neighbourhoods of Gobongo, near to the airport, and Pabongo in the southern part of the city.

The resource-rich but impoverished country has been wracked by escalating violence since a March coup by the mostly Muslim Seleka rebels installed Michel Djotodia as the country’s first Muslim president.

Although Djotodia disbanded the rebels, some of them went rogue, leading to months of killing, r*pe and pillaging and prompting Christians to form vigilante groups in response. 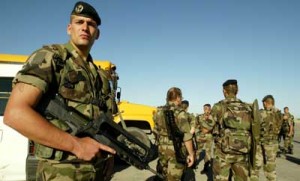