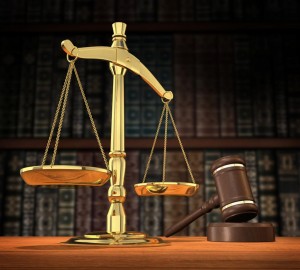 A 12-year-old boy was on Monday arraigned before an Abule-Egba Magistrate’s Court in Lagos, for allegedly defiling a three-year-old minor.

The accused, who lives at No. 4, Ajakaiye St., Agege, Lagos, is facing a one-count charge of rape.

The Prosecutor, Insp Racheal Williams, told the court that the offence was committed at the accused’s residence on Dec. 2.

“The accused is neither a student nor learning any trade. He is living with his parents, while the victim is the daughter of his neighbour,” Williams said.

He said the accused carried the child into the bathroom and raped her.

“It was the cry of the child that attracted the child’s mother and the Police was alerted,” Williams said.

The offence, according to the prosecutor, contravened Section 137 of the Criminal Law of Lagos State, 2011.

The accused, however, pleaded not guilty and the Magistrate, Mr Tajudeen Elias, ordered the arrest of the accused’s parents.

He granted the boy bail in the sum of N50,000 with two sureties in like sum and adjourned the case till Dec. 20, for mention.
[one_sixth][NAN]