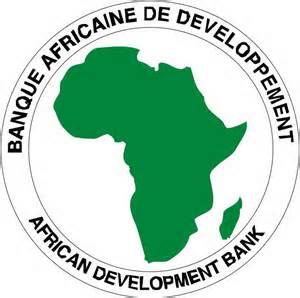 This is contained in a statement released by the AfDB’s President, Dr Donald Kaberuka on Monday as part of activities to mark the International Anti-Corruption Day.

He said that the figure amounted to more than five per cent equivalence of the global GDP,

The statement, made available to the News Agency of Nigeria (NAN) in Addis Ababa, added that another one trillion dollars were being paid in bribes across the world every year.

Kaberuka said that corruption had become a global threat, causing a serious roadblock to economic development and prosperity.

“In our globalised and highly interconnected world, corruption represents one of our greatest challenges; every year $1 trillion are paid in bribes in the world, while an estimated 2.6 trillion dollars are stolen annually through corruption, a sum equivalent to more than 5 per cent of the global GDP.

“Corruption erodes democratic institutions and undermines the rule of law and there is no country or territory untouched by this threat.“

According to him, the pervasive corruption is leading to weak governance, which in turn fuels organised criminal networks.

The statement said the theme of the 2013 International corruption day: “Zero Corruption, 100 per cent Development”, had resonated with the Bank’s zero tolerance policy.

“ The AfDB has made governance one of the pillars of its Long Term Strategy 2013- 2022 with a Governance Action Plan set out with series of ambitious objectives at the sector, country and regional levels.

“The bank views good governance and anti-corruption strategies as important to mission of poverty alleviation.“

“The bank is already playing a leading role in implementing an integrity and anti-corruption regime that safeguards development resources and ensures value-for-money in all its operations.“

It called on all stakeholders to reject corruption to assist the millions of African people whose lives are affected by it.

The News Agency of Nigeria (NAN) reports that the day is being observed every December 9 since the passage of the UN Convention Against Corruption on Oct. 31, 2003.

The convention aims to promote and strengthen measures to prevent and combat corruption more efficiently and effectively.

It also aims to facilitate and support international cooperation, technical assistance in the prevention of, and fight against corruption by promoting integrity, accountability, proper management of public affairs and public property. [NAN]