From all indications, Bayelsa State is fast becoming the entertainment capital of the country. The state once again successfully hosted the first edition of the Caribbean African American Nations (CAAN) Music Awards 2013, at the Cultural Centre, Yenagoa. 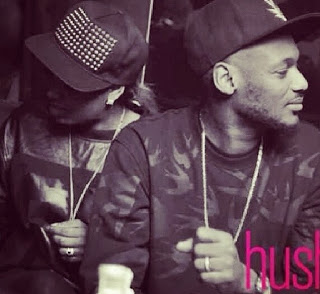 As expected, there was no dull moment at the world class event which was beamed live to the world last weekend. Anchored by celebrated On-Air-Personality, IK Oskioduwa and supported by beautiful Toccara Jones ( America ‘s Next Top Model) and Claudia Jordan (Celebrity Apprentice).

The star studded event opened with a beautiful rendition of the national anthem by Bayelsa State-born singer, Timi Dakolo followed by a well choreographed dance performance by the state’s Council for Arts and Culture. While welcoming guests to the state, the excited governor,Henry Seriake Dickson reiterated his administration’s commitment towards uniting the world through the arts by using the platform of the state’s potentials.

According to him, “ There is no doubt that Bayelsa State has become the entertainment headquarters of the continent. By next year, we will release our tourism and entertainment calendar of the year. Every month, we will be hosting an international event.”

Also, speaking at the occasion, the Chairman, Silverbird Group, Ben Bruce said, the CAAN music awards would serve as an icon of the music industry on the continent. Indeed, it was not a night for long speeches as well as undiluted performances.

The highlight of the occasion was the presentation of awards to deserving artistes. Baba Dee won the Dance Hall Reggae Album of the Year, while Dance Song of the Year went to P Square.