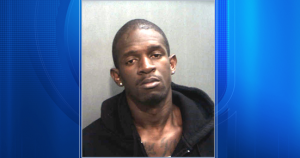 Florida police investigators are waiting for autopsy results to determine if a father is responsible for his 5-year-old son’s death.

Deputies said Avant, 26, told them he spanked the boy and made him do pushups and squats for 20 minutes as punishment for being suspended from school for kicking a teacher.

According to the arrest report, Avant told deputies his son began to complain that he was hot and his feet hurt. Avant said he sent his son to take a shower. The report said that when his son came out of the shower the boy became dizzy and fell to the floor.

Avant told deputies the child was breathing and that he slapped his face to try and wake him. He said he then picked his son up and rocked him in an attempt to wake him.

According to the report, Avant then used a Google search for information on “rolling eyes in back of head.” He then called a friend who arrived and began performing CPR. Avant then called 911. In the arrest report, a deputy said he saw injuries on the boy’s body “which were multiple bruises and contusions on the upper torso, abdomen, arms, and back.” Avant is being held in the Orange County Jail without bail on child abuse charges. The arrest report said he is a repeat offender and has a history of domestic violence.

Investigators said they will wait for the autopsy result before deciding on other charges.