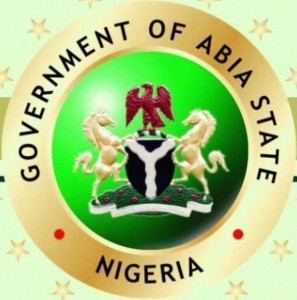 The five storey building housing Ezuma Hospitals, Aba, alleged to be notorious for sales of babies has been demolished by the Abia State government.

A branch of the hospital in Owerri, the capital, was last week raided by the police who rescued 16 teenage pregnant girls held there.

This came as the government yesterday constituted an inter-agency committee for the revalidation of Social/Motherless Babies Homes in the state through which this nefarious act is committed.

According to Orji, the decision to set up the committee was informed by the alarming rate at which motherless babies homes were being misused in the state.

The governor said: “These compassionate institutions created to provide important social services to our people, are now being used for purposes other than what they are supposed to serve.

“Our government has decided to take all necessary action to check the spread of this ugly situation.”
Governor Orji regretted that in the past two to three years, Abia and states in the South East Zone had been in the front line of states accused of baby sale and racketeering.

“These nefarious activities are sometimes carried out by some unscrupulous owners of social/motherless babies’ homes in the state.

“The truth is that most of the homes that perpetrate such atrocities may not be registered with our Ministry of Women Affairs and Social Development, but some registered homes are indirectly guilty of the same offence, ” Orji said.

Inaugurating the committee at the Government House, Governor Theodore Orji charged members of the committee, made up of DSS operatives, Police, Civil Defence and officials of the Ministry of Women Affairs, to fish out all illegal babies’ homes operating in the state, and redeem the image of the state which was being stained by the ugly act.

“It is your assignment to ensure that the image of our state is redeemed,” Orji told the committee.

He also directed the committee to revalidate the registered motherless babies’ homes and ensure that they met up with the standards and comply to laid down rules of operations and regulations as stipulated by the laws in the state.