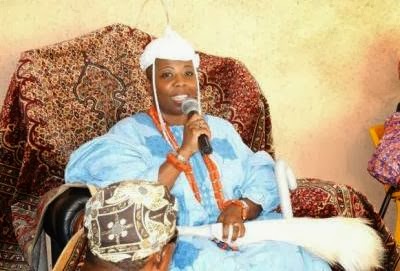 The first daughter of late Deji of Akure, Oba Adebiyi Adegboye Adesida, who died of an undisclosed ailment on the 2nd of December, has been made the new traditional ruler of Akure Kingdom.

Princess Adetutu Adeside-Ojie’s position is said to be temporary pending when a new king emerges. She was installed after several traditional rites for the passage of her late father came to conclusion recently. The 36 year old new monarch lived abroad most of her life and holds a degree in pharmacy from the Texas Southern University, Houston Texas.

Until her appointment as the new monarch, Princess Adetutu worked as a clinical pharmacist with the University Health system, Hospital in San Antonto Texas. She is married with three children.