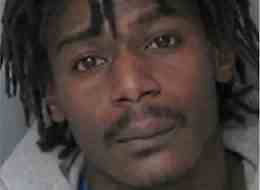 A man accused of attempting to rob a convenience store is nothing if not flexible.

Police in Gastonia, N.C., arrested Jah Setzer on Saturday after he allegedly attempted to rob the Gastonia Express by shooting a few rounds.

At first, Setzer, 23, demanded all the money in the register, but when it failed to open, he grabbed a $3 Bud Light and left the scene, according to WSOC-TV.

Store clerk Charlie Welch said that Setzer is a regular customer so he was surprised when he showed up holding a gun with the hammer pulled back.

Welch dived for cover in the back room, while Setzer allegedly fired three shots at the locked cash register, but it wouldn’t open. So he left the crime scene with just the beer.

He was quickly arrested, as he struck up a conversation with some officers in the area right when Welch was reporting the crime to dispatchers.

Welch thinks that two other men were involved in the attempted robbery, but authorities have yet to confirm or deny that allegation, UPI.com reported.

Setzer is currently being held in the Gaston County Jail on $75,000 bond, according to the Gaston Gazette.