Ondo State Governor, Dr. Olusegun Mimiko has been awarded with Good Governance Prize by the Nigerian-American Chamber of Commerce. 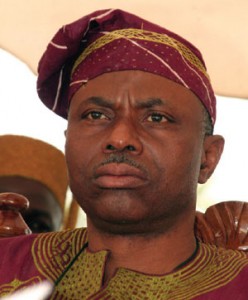 Reacting to the award in Lagos, Gov. Mimiko charged Nigerians to always appreciate the progress recorded by successive administrations at all levels in the country instead of condemning government’s programmes and policies aimed at improving the society.

According to the governor, there are lots of improvements in the socio-economic landscape of the country with successive administrations contributing their quota to the economy.

Such improvement, according to Mimiko, is the current privatization agenda of the President Jonathan administration in which foreign investors injected 3billion dollars into the power sector, noting that such huge investment justified their confidence in the nation’s economy.

Conceding that the nation is still being confronted with numerous challenges which required the support and collaboration of the private sector to overcome as driver of the economy, Gov. Mimiko however appealed to Nigerians to also celebrate the good efforts of government and seek correction for any shortcoming.

Dr. Mimiko noted that his administration had added values to the lives of the people in the areas of education, healthcare, infrastructural development and empowerment among others.

He expressed his appreciation to the leadership of the chamber for the honour and said it would spur him to do more for the people.

It would be noted that Mimiko’s counterparts from Ekiti, Ogun and Bauchi State, Dr. Kayode Fayemi, Senator Ibikunle Amosun and Malam Isa Yuguda respectively were conferred with similar awards.