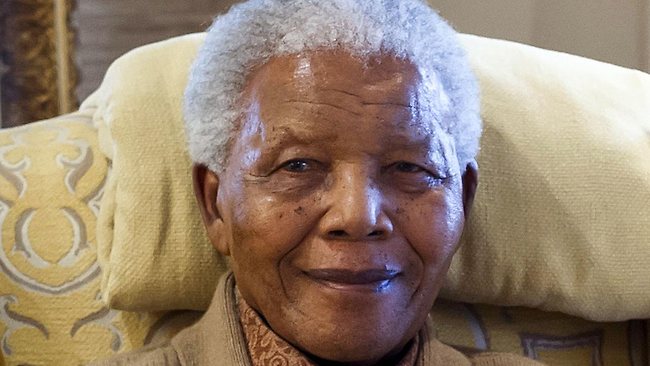 Governors of the All Progressives Congress (APC) have noted that Nigeria and indeed Africa are in dire need of leaders, who could match the spirit of reconciliation like the late South African President, Nelson Mandela.

In a statement yesterday in Abuja signed by the Director-General of the PGF secretariat, Salihu Lukman and titled “Nelson Rolihlahla Mandela and the Challenges of National Reconciliation: A Nigerian Calling”, the governors under the aegis of the Progressive Governors’ Forum (PGF), mourned the demise of the African icon.

The governors said: “As leaders, we note in particular that our nation, Nigeria, and the continent, Africa, are both in dire need of leaders who can rekindle the Mandela phenomenon and spirit of reconciliation.

“We recognise, sadly, that although Apartheid and colonialism might have been dethroned, our country and continent still face crises of underdevelopment, unemployment and poverty, further aggravating bitterness and hatred among our people.”

The forum, which urged the emulation of the late South African President’s legacies, also advised leaders to free themselves from bitterness and hatred as primary conditions for resolving conflicts.

The governors recalled Mandela’s words on leaving the Robben Island prison after 27 years of incarceration, saying: “As I walked out the door towards the gate that would lead to my freedom, I knew if I didn’t leave my bitterness and hatred behind, I’d still be in prison”.

According to the progressive governors, with those words, Mandela stepped out of prison and led a phenomenal national reconciliation after decades of racial conflict in South Africa.

They said Mandela achieved “the most significant success in contemporary world history”.

The governors also noted that though Mandela has died, his legacies would continue to challenge all leaders.

“For us in the PGF, we are truly inspired by the life, leadership and, above all, challenged by the legacies of Mandela. As we mourn the passage of this great African and world leader, we commit ourselves and call on all leaders at home and abroad”.

The forum, however, regretted that many leaders are still held captive by of their bitter feelings, the feelings which they said produce hatred and stagnate governance and the society.

The APC governors said leaders and followers alike appeared to be locked in the archetypal Mandela prison wall, adding that this was the reality in Nigeria.

They promised, as a step towards upholding the legacy of Mandela, to be committed to national reconciliation.

The governors said: “As governors, who united under our great party, the All Progressives Congress (APC), we are truly inspired by the life, leadership and legacies of Nelson Mandela and hereby state our unequivocal commitment to true national reconciliation.

“Pursuant of this renewed commitment, we pledge our support to our party leadership and the need to continue to mobilise all patriotic and progressive Nigerians to join our cause, so that together we can rededicate ourselves to a national rescue mission which begins with nationwide reconciliation.

“Nigerians must believe and have faith in a united country and recognise that we are better off as a united people.

“These are functions of leadership, not moral suasion. Together with our leaders in APC, we shall work hard in the coming days and months to move Nigeria and Nigerians towards national reconciliation. This is the best way to honour the legacy of Mandela. It is the step that we must take as leaders to achieve genuine freedom”.