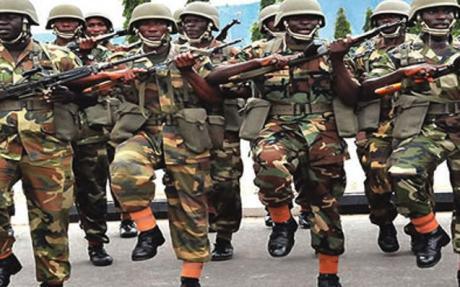 This is contained in a statement signed by Col. Aliyu Yusuf, Deputy Director Army Public Relations, in Abuja on Thursday.

The statement said the exercise would commence from Dec. 9 to Dec. 12.

It said that the training exercise would mark the end of a 3-month rigorous cadre training for troops of Army Headquarters Garrison that started in September 2013.

“The exercise is designed to teach soldiers skills and techniques required to deal with contemporary security challenges in a counter terrorism setting, such as raids on terrorist camp, fighting in build-up areas, identification and handling of Improvised Explosive Devices (IEDs) and several techniques of internal security operations,” the statement said.

It advised the public not to panic due to movement of troops around the area.

The statement said the exercise would end with range classification in Kachia and Keffi on Dec. 12. (NAN)