The Federal Government has threatened not to pay any lecturer who failed to resume for lectures on Monday, 9 December, the new deadline issued to the striking lecturers to resume for work or face sack. 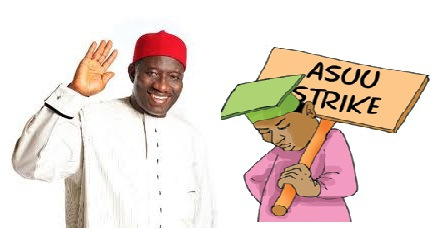 The government yesterday shifted the deadline it gave the lecturers from 6 to 9 December, to honour the late ASUU president, Festus Iyayi, who died in an accident on his way to attend a meeting of ASUU in Kano.

The Executive Secretary of the National Universities Commission (NUC), Prof. Julius Okojie, who announced the new date while addressing journalists in Abuja on Tuesday said any lecturer who failed to resume work after the expiration of the new deadline would not have his or her salary arrears paid.

“You cannot pay someone who has failed to resume work. You are on strike and you want to be paid? What if some has already left the system? Some of our very bright lecturers may have got jobs elsewhere.”

Okojie said government, as employer of labour, could not fold its arms while the institutions remained shut at the detriment of students.

Okojie explained, “Government decided to shift the deadline after it received notification of Prof. Festus Iyayi’s funeral rites slated for between Dec. 5 and 7.

According to Okojie, the decision is also to avoid a situation where government and ASUU will have to deal with the ultimatum during the funeral of the former ASUU President.

According to Okojie, the order does not require students to commence lectures immediately.

The ASUU President, Nasir Fagge, had earlier explained that the union did not add any new demands in its letter to the president.

ASUU President Nasir Fagge  condemned government’s ultimatum, noting that the government’s letter after the meeting with President Jonathan (aimed and problem resolution) was not a total reflection of what transpired during the meeting.

“The document was a report of Government’s understanding of the decisions or agreement reached on the matters discussed with ASUU,” he said.