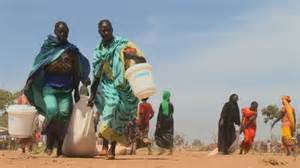 The United Nations says attackers from South Sudan’s second-largest ethnic group have forced their way into a UN peacekeeping mission base in conflict-wracked Jonglei state, pursuing civilians who had taken refuge there.

UN deputy spokesman Farhan Haq said on Thursday the UN fears “there may have been some fatalities but can’t confirm who and how many at this stage.”

The UN has said it has since lost contact with the base.

Haq says the situation in the capital, Juba, appears to have calmed to some extent, but he noted unconfirmed reports of several students killed by security personal at Juba University on Wednesday.

He says thousands have sought refuge and called for UN protection.

Anti-government fighters in the country have claimed control over the flashpoint town of Bor as rival military factions paid no heed to the president’s call for talks, raising fears of a slide into civil war.

On Thursday, President Salva Kiir was due to hold talks in Juba with seven east African foreign ministers seeking to end the conflict, the first international initiative since clashes erupted this week. 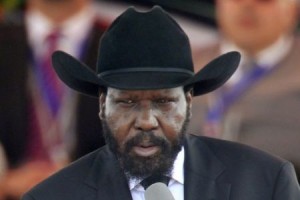 “The African Union is till now meeting with the president,” Ateny Wek Ateny, a spokesman for Kiir, told the Reuters news agency by telephone. “Their message is that they are trying to broker peace between the two forces.”

“There was shooting last night. We don’t have information on casualties or the displaced in the town, as operations are ongoing.”

The fighting started on Monday shortly before Kiir announced that security forces had put down an attempted coup by supporters of his former deputy.

At a press conference on Wednesday Kiir said he was willing to sit down with the former vice president for talks, but said “I do not know what the results of the talks will be.”

About 20,000 people have sought refuge at UN facilities in Juba, since fighting started on Sunday, and on Tuesday the United States ordered its citizens to leave South Sudan immediately.