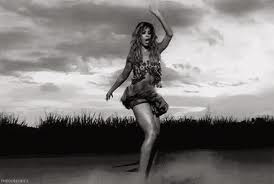 You best bow your head while you read this post, y’all!
Because Beyoncé may have just done the UNTHINKABLE!
We hear that her self-titled surprise album has already hit the 1 million sales mark!

Consider that for just a second…
Bey’s 5th album debuted without ANY promotion. Without ANY warning. And yet she STILL somehow shatters records!

And just consider the following:
– this was her biggest first week in her entire solo career
– she went #1 in 104 countries
– AND this was the fastest-selling album EVER on iTunes

In the first three days, Beyoncé blew up with more than 617,000 sales in the U.S. And in its second week, her album has reportedly sold nearly 400,000 more digital and physical copies.

It hasn’t been made official yet, but you add those two numbers up and you’ve got yourself a platinum album, ladies and gents!

And she’s doing this WITHOUT Amazon or Target’s help! Both have officially refused to sell B’s CD because of her first week exclusive deal with iTunes.

Beyoncé doesn’t need your help to get a #1 hit!