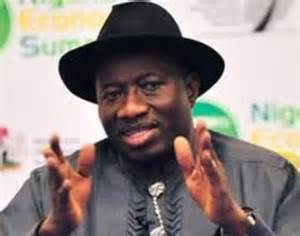 Embarrassed by Thursday’s attack on Bama Town in Borno State, President Goodluck Jonathan yesterday vowed to ensure provision of more sophisticated firepower for the military to deal with the security challenges posed by terrorists.

The president made the promise while decorating new generals of the Nigerian armed forces.

“We are being overwhelmed in some incidents. We will surely get over it. We will work with you to see what we can provide to make sure that you are in position to defend our nation,” the president said as he described continued Boko Haram attacks as a very worrisome challenge that ‘we never expected’.

Service Chiefs and the Inspector General of Police had since been summoned by the president for an emergency meeting on the Bama attack.

Jonathan told the new Generals; “On behalf of your country and men and women, I congratulate all of you. It is not easy to wear two stars. That is almost the terminal position in the armed forces. Any other one is by the grace of God.

“And to be so elevated as two star generals; we know that you must have passed through storms, you must have endured several winters, both rainy season, dry season to get there. You wives must have also been well picked to survive this period. But we thank God that today you are being so decorated.

“But it is a very, very challenging moment. It is a very challenging period in this country and we expect as the saying goes that those to whom more is given much is expected. For those of you who are decorated as full two star generals, we expect that you bring your experience to bear.

“We must work together as a team to make sure that the armed forces are able to protect lives and property of Nigerians. If we don’t do that, then of course the reputation of the country will continue to go down.

Speaking further, he said, “A number of issues are being raised in the media which you know much more than I do, which are so much of a challenge on the armed forces and other security agencies of this country. All of us collectively must stand up to our responsibility and go the extra mile; we need to add the extra to see that as a nation we overcome these challenges”.

Jonathan also said he was impressed by the new way things are being done in the military now.

“I am quite impressed with what is going on in the services. I am seeing creativity and innovation in the three arms. From the army, I have seen a lot of initiative, creativity, innovation, in terms of their own equipment that before this time were all reconfigured or maintained abroad; which you are doing yourself.

“The same thing with the Navy, and Airforce. Not too long ago, in Kaduna, we were quite impressed with the unmanned aerial vehicle that we saw. We saw the people who did it, very young people from the Nigerian Air Force. This shows initiative, this shows creativity.

“So you have seen that for quite some time, probably, we at the leadership level of this country have not been doing things the way we suppose to do. I believe that the number of things that the Arned Forces supposed to have gotten over these periods, they don’t have.