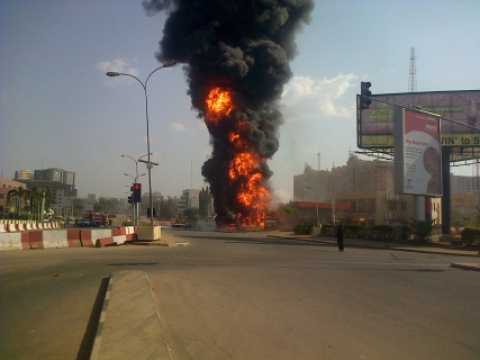 An explosion has rocked several buildings across from the offices of the Nigeria National Petroleum Corporation, NNPC building in Abuja just minutes ago.

The cause of the explosion is yet to be ascertained.

Sources say the explosion came from the Conoil filling station opposite the NNPC towers. The loud blast which shook the area, raising fears it was a bomb blast was said to be as a result of an underground tank exploding.

Security operatives were said to have arrived the site of the explosion promptly to ensure things don’t get out of hand. Fire fighters were however late to the explosion site as sources said they got there about 30 minutes after the fire started. 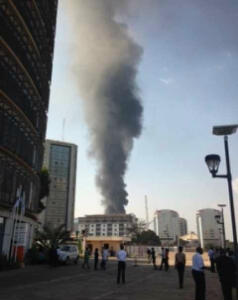