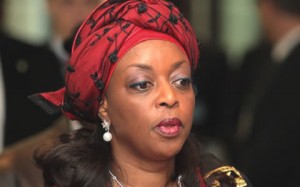 Governor of Central Bank, Mallam Sanusi Lamido Sanusi has revealed the corruption in the nation’s oil sector, especially the non-remmittance of about $50b oil income to the national account by the NNPC.

Sahara Reporters reports that the Governor of the Central Bank of Nigeria (CBN), Sanusi Lamido Sanusi in a letter dated 25 September complained to President Goodluck Jonathan about the continuing refusal of the Nigerian National Petroleum Corporation (NNPC) to honour its legal obligations, including failure to remit $49.8 billion to the Federation Account between 2012 and 2013. That amount represents 76% of the value of crude oil liftings during the period.

“Our analysis of the value of crude oil export proceeds based on the documentation received from pre-shipment inspectors shows that between January 2012 and July 2013, NNPC lifted 594,024,107 barrels of crude valued at $65,332,350,514.57,” the letter said. “Out of this amount, NNPC repatriated only $15,528,410,098.77 representing 24 per cent of the value. This means the NNPC is yet to account for, and repatriate to the Federation Account, an amount in excess of $49.804 billion of the value of oil lifted in the same period,” governors under the platform of the All Progressives Congress also noted.

Drawing attention to an attached table of analysis of the crude oil liftings and repatriations as prepared by the CBN, Governor Sanusi noted that the failure of the NNPC to repatriate the amounts constitutes not only a violation of constitutional provisions but also of both Nigeria’s foreign exchange and pre-shipment inspection of exports laws.

Also drawing attention to previous occasion in which he had expressed concern about what appeared to be shortfalls in remittances to the Federation Account in spite of the strong recovery in the price of oil, Mr. Sanusi said that a point of departure ought to be to insist that the NNPC account fully for all proceeds that were diverted from its accounts with the CBN and the Federation Account.

“As an indicator of how bad this situation has become, please note that in 2012 alone, the Federation Account received $28.51 billion in Petroleum Profits and related taxes but only $10.13 from crude oil proceeds,” Sanusi informed Mr. Jonathan.

“In the period January-July 2013, the corresponding figures are $16.65 billion and $5.39 billion, respectively. This means, Your Excellency, that in the first seven months of the year, taxes accounted for 76% of the total inflow from this sector, while NNPC crude oil proceeds accounted for only 24%.”

According to SaharaReporters, Mr. Sanusi specifically recommended to the President to:

– Require NNPC to provide evidence for disposal of all proceeds of crude sales diverted from the CBN and Federation Account;

– Investigate crude oil lifting and swap contracts, as well as the financial transactions of counter-parties for equity, fairness and transparency; and

– Authorise prosecution of suspects in money-laundering transactions, including but not limited to BDCs who are unable to account for hundreds of millions of dollars.