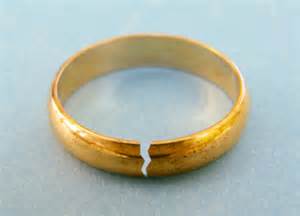 A man who left his fiancée for another woman has been ordered to pay her $55,000 (N8,703,750)for “breach of promise”.
Christopher Kelley, from Georgia, was sued by his ex-, Melissa Cooper.

Ms Cooper had a child by him and had quit her job and raised this child, as well as Mr Kelley’s child by a previous relationship.

When Ms Cooper discovered he was cheating on her for the second time he reportedly told her to move out.

The jilted lover then sued her ex for fraud and breach of promise to marry, claiming she had quit her job and taken to child-rearing with the expectation he was going to wed her, according to Courthouse News.

Mr Kelley tried arguing on a technicality that the promise to marry was made in a relationship similar to prostitution. But the Georgia Appeals Court threw out this argument, ruling that the relationship did not involve the exchange of money for cohabitation and s*xual favours.

Mr Kelley tried another tack to wriggle out of the lawsuit, claiming he had given her the ring without proposing to her.

But this line of defense was dismissed by the court, which held it up as proof he never intended to marry her. [NL]