Chinese man was admitted to a local hospital after he reportedly got a live eel stuck inside him. 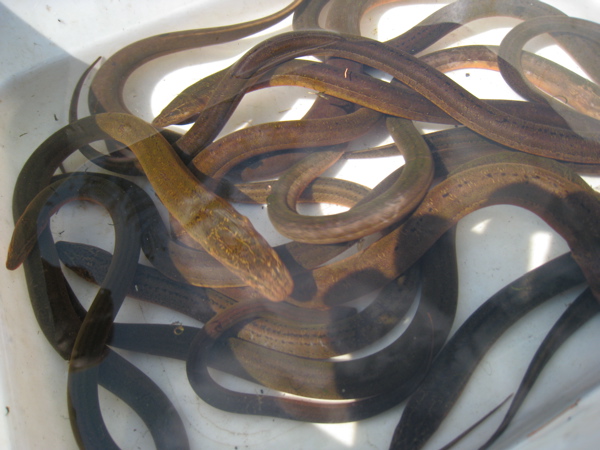 The eel reportedly chewed through the man’s colon, perforating his large intestine, and became stuck in his body cavity. A graphic X-ray image shows how far inside the eel was when the man came in for treatment. 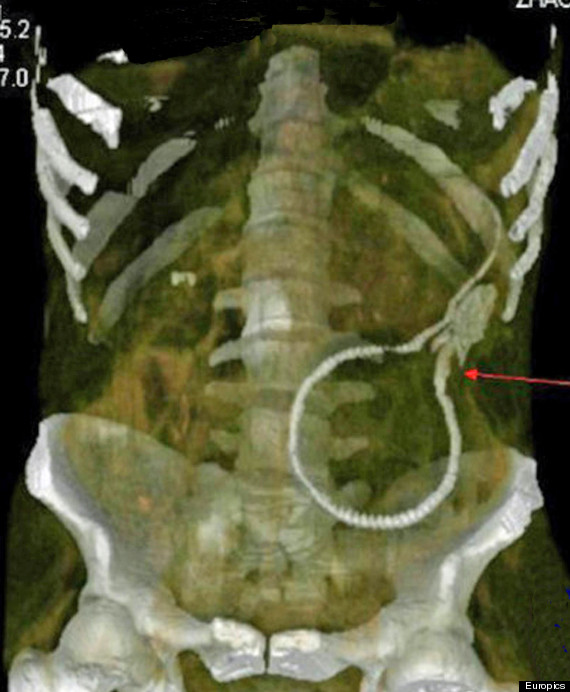 Doctors revealed the eel, which was “simply trying to find its way out,” was alive when removed but died shortly thereafter.

The Chinese man is still in hospital recovering. He might face animal cruelty charges. 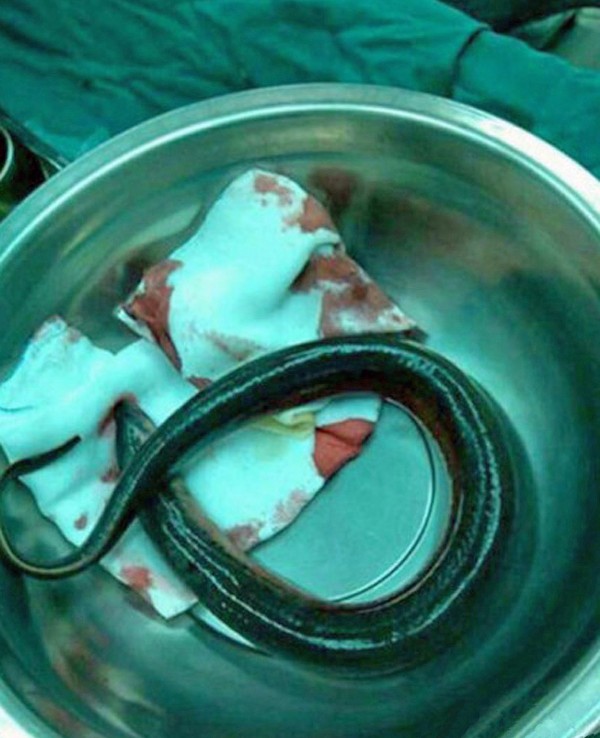 The Asian swamp eel – also known as the rice eel or rice paddy eel – is a snake-shaped fish that is commonly sold live at food markets in East Asian countries.

Although this type of eel is known as an invasive species in parts of the United States, this isn’t the first time that it’s made its way into (ahem) foreign habitats.

In 2012, a New Zealand man had to have an eel removed from his posterior. In 2010, a Chinese man died after his friends allegedly inserted an eel into his rectum as a joke.