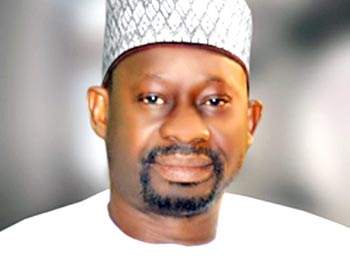 Governor Ibrahim Dankwambo of Gombe State on Friday urged Nigerians to intensify prayer against all forms of insecurity currently dragging the country backward.

Dankwambo made the call when Gov. Isa Yuguda of Bauchi state paid him a condolence visit in Gombe.

He said that the current security challenge confronting the country was seriously dragging the pace of developmental of the entire nation backward.

The governor appealed to every Nigerian to pray for lasting peace in the country, saying that there could not be any meaningful development in an atmosphere of insecurity.

According to him, governments at all levels are doing everything possible to bring the situation under control.

“As governments we are doing our best, but we need your prayers to succeed especially in tackling the current security issues in the country, particularly in the north-east zone.

“We will continue to do what we can do as humans and leave the rest to God. I believe if we earnestly and faithfully commit the situation to prayer, Allah shall come to our rescue”, he said.

Dankwambo commended Yuguda for his efforts in transforming Bauchi state by ensuring security and peaceful co-existence among the diverse ethnic and religious groups in the state.

“Your advises have been helpful. The north-east zone will continue to look up to you for useful advice on the way forward”, he said.

Earlier, Yuguda explained that he was in the state to condole with Gov Dankwambo over the death of his father in-law, Alhaji Inuwa Hassan, Magajin Rafin Gombe, who died on Dec. 24 after a protracted illness at the age of 75. (NAN)