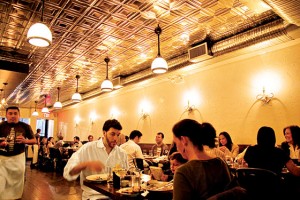 “The economy is improving,” Sinanaj, the owner of Empire Steak House, said. “People come ready to spend the money.”

The five-course menu begins with two pounds of Osetra caviar and a salad with poached pears, goat cheese and macadamia nuts.

The next course features wine and a lemon sorbet, while the main course is a Kobe steak and a South African lobster tail with black truffle, the New York Post reported.

The dinner is served with a 2010 bottle of Chateau Lafite Rothschild.

“Especially for New Year’s Eve, people want to do something special — to celebrate with some of the best food and wine,” Sinanaj said.