President Goodluck Jonathan has tipped the Super Eagles for success in next summer’s FIFA World Cup in Brazil.

The President expressed his optimism on Saturday in Paris, France, in an interview on France 24 Radio.

Jonathan was giving his take on the Group F pairing of the African champions alongside Argentina, Iran and Bosnia-Herzegovina.

“In winning the World cup, we are quite hopeful that Nigeria will do very well.

“We have won the Olympic gold in soccer before, we have won under-17 thrice and we have been doing quite well in the U-22.

“So, I believe and the world knows that Nigeria is a football nation even though we have not had the opportunity or luck of winning the World Cup; indeed no African country has won the World Cup,” said Mr. President.

Jonathan, however, expects the Coach Stephen Keshi-tutored lads to progress beyond the preliminary round.

“Within the zone that Nigeria will play, Argentina is a strong soccer nation but, Nigeria is also strong and I believe we will do well,” he added. 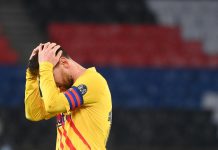 Can Novak Djokovic land rare ‘Calendar Slam’ with a victory in US Open?

Switch from Desktop to Mobile Pokies: What You Need to Know