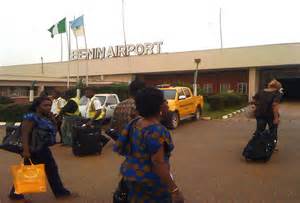 The power supply to the airport was disconnected last week.

Passengers were seen sweating profusely at the arrival and departure halls of the airport yesterday, with several passengers having to fan themselves with newspapers as all air conditioners in the halls and adjourning offices were switched off as the electricity generating plants could not power them.

A staff of the airport who spoke on condition of anonymity told journalists that power supply to the airport was cut over a week ago by the electricity distribution company, despite the fact that about N2 million was being paid monthly to the power company.

“The management pays between N1.8 million and N2 million every month, yet they came to disconnect us last week. We have been running on generators and they are not powerful enough to carry the air conditioners.”

Public Relations Officer of Benin Electricity Company, Mr. Curtis Nwiadei, when contacted, confirmed that power supply to the airport was disconnected over unpaid bill of N4.3 million, adding, “that is why they were disconnected.”

The disconnection was not the first time the airport had been accused of non-payment of dues/bills. A few months ago, Edo State Board of Internal Revenue Board sealed off the office of the airport manager over unpaid taxes deducted from workers’ salaries for several years without remittances to the state government.