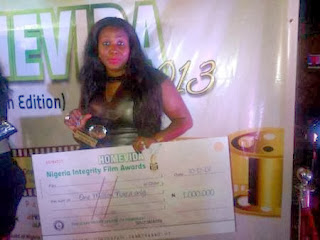 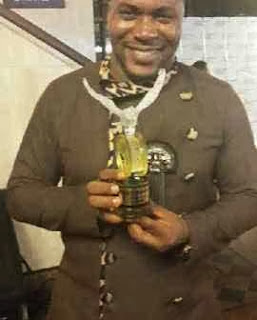 There’s nothing as wonderful as seeing films that invoke emotions from worldwide audience or promote good causes. You never let such go. For producing films that convey profound social messages, seasoned actors, Elvis Chuks and Oby Edozieh-Okorigwe have won N1m each and awards for themselves. The films, Victim of the Society and Save Our Souls was recently recognized by organizers of the Home Video Awards (HOMEVIDA).

“Friends thanks for voting, Advocacy cancer movie save our souls won
Homevida awards/one million naira, the real challenge is to produce quality, not quantity”. Oby posted on her facebook page. Another film which was also acknowledged is Married but Living Single, produced by Kalejaiye Adeboye Paul.