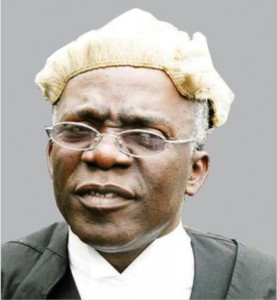 The Federal High Court in Abuja has been urged by human rights lawyer, Femi Falana, to send the Inspector General of Police (IG), Mohammed Abubakar, to prison over his alleged persistent disobedience to court orders.

He asked the court to imprison the police boss for two years to serve as a deterrent to other public office holders disregarding and violating court judgments.

A notice of consequences of disobedience to order of court seeking to jail the police boss was served on him yesterday at the Force headquarters in Abuja.

The contempt charge against the IG followed the persistent harassment, intimidation, arrest and detention of officers and men of the Peace Corps of Nigeria nationwide in spite of court orders against such actions.

The Chief Judge of the Federal High Court, Justice Ibrahim Auta, had on September 29, 2011, barred the police from further arresting or detaining members of the Peace Corps.

Justice Auta in his judgment held that Peace Corps as a non-governmental organisation was lawfully registered as a corporate body to exist and operate in the country.

He held that the arrest and detention of members of the NGO were unlawful, illegal, unconstitutional null and void because the police failed to establish any case of wrongdoing against the corps.

Addressing a press conference on the issue in Abuja yesterday, National Commandant of the Peace Corps, Ambassador Dickson Akoh, confirmed the renewed clampdown on his men and officers by the police despite the court order.

He regretted that over 50 of his men were arrested in Akwa Ibom, Plateau and other states in violation of the court order.