Mysterious rats have killed a landlord, Augustine Erukaya, 46, in Ugbolu community near Asaba, Delta State, after he was reportedly bitten on his two legs while asleep. 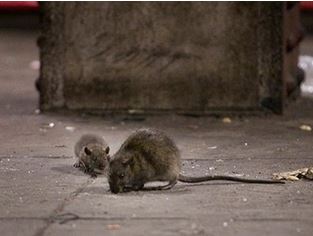 According to the information gathered by Leadership, the victim died of swollen legs on Saturday, December 28, 2013, after his encounter with the mysterious rats.

Unconfirmed sources said there was a mysterious invasion of rats in the community in the last few months, saying it had been a source of worry to residents of the community.

One of the residents, Ogbueshi Sade, said it was not true, noting that when a rat bites, it implies a negative connotation for its victim.

Erukaya reportedly told his wife about the changes happening in his body after he had been bitten by rats. He was advised to seek medical assistance. However, he was unable to heed the advice as he started throwing up few hours after his complaint.

Commenting on the tragedy to Leadership, a relation of the landlord, who preferred to remain anonymous, said the victim made an attempt to kill the rats but they disappeared to his surprise, adding that few minutes later his two legs started swelling up.

Unconfirmed reports said that the landlord, before his sudden death, was alleged to be at logger heads with some persons over the ownership of a farmland.