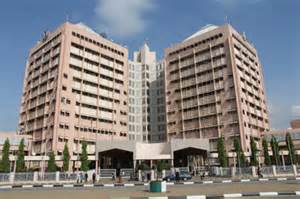 The Federal Government has commenced plans to rehabilitate Federal Secretariat buildings and facilities across the country, after expressing disgust at the deplorable state of the buildings.

The Head of Civil Service of the Federation, Alhaji Bukar Goni-Aji, who noted that the state of the buildings is worrisome said urgent steps would be taken to salvage the situation.

Speaking during a visit to Ondo State where he held an interactive session with federal civil servants in the state,
Goni-Aji inspected the environment where the building was located and some offices within the complex and commended the federal workers for maintaining the environment.

Speaking through the Permanent Secretary in the Ministry of Environment, Mr. Taiye Haruna, he said that the Federal Ministry of Housing and Urban Development would embark on the rehabilitation of federal secretariats across the country.