Nigeria has rejected the payment for visa and other consular charges in foreign currencies as introduced by some diplomatic and consular missions in the country. 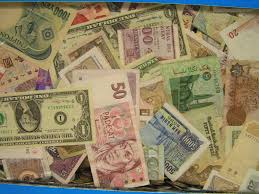 The British High Commission in Abuja had recently announced that all applications for a United Kingdom’s visa must be done online including payment which must also be in United States dollars.

According to a statement signed by its Political and Press & Public Affairs Officer, Mr. Rob Fitzpatrick, payment can be made using Verve debit card, Visa, MasterCard credit, debit cards or the e-wallet PAGA.

But the Supervising Minister of Foreign Affairs, Prof. Viola Onwuliri, said the decision is unacceptable to the Nigerian government. Prof. Onwuliri, who spoke on Thursday in Abuja during a meeting with members of the diplomatic corps on the planned one day summit-level conference to mark the celebration of Nigeria’s centenary, said charging fees in foreign currencies, is illegal and a violation of Nigeria’s sovereignty.

She said: “I would like to raise an issue of deep concern to the Federal Government.

It has come to our notice that some diplomatic and consular missions in Nigeria have decided to charge visa and other consular fees in foreign currencies.

This is totally unacceptable and must be stopped forthwith. “Charging fees in foreign currencies is an illegal act that clearly violates the sovereignty of the Federal Republic of Nigeria.

No self-respecting nation can accept such a flagrant assault on the symbol of its nationhood.”