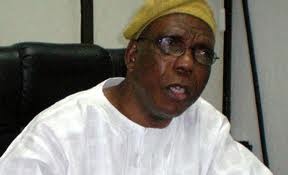 The Executive Secretary of the National Universities Commission, NUC, Professor Julius Okojie has said that the Federal Government was ready to pay the four-month salary arrears owed academic staff who returns to work.

Briefing journalists, yesterday, in Abuja, Okojie said; “Councils have been directed to shift the resumption date to December 9. The new deadline, has already been communicated to the Pro-Chancellors Tuesday (yesterday) morning.

“The Federal Government as an employer of labour cannot just fold its arms while the institutions remain shut and its clients — the students — continue to suffer.

“You cannot pay someone who has failed to resume work. You are on strike and you want to be paid. What if some have already left the system? Some of our very bright lecturers may have got jobs elsewhere already.”

Okojie noted that “the resumption order does not necessarily mean students would commence academic activities immediately but the school environment has to be put back in shape as reptiles may have taken over some places, and the Senate of each institution has to revisit the academic calendar. Students would be expected to resume one or two weeks after the December 9 resumption deadline”.

Okojie while responding to several issues raised by ASUU, insisted that it was a general consensus at the November 4, 2013 meeting with the President to have the Permanent Secretary of the Education Ministry sign the resolutions reached after the meeting.

Okojie stressed that the issue of the inclusion of a non-victimization clause as now demanded by ASUU did not even come up at all during and after the meeting.

“Jega and Awuzie are past ASUU chairmen. Are they not holding good positions in Nigeria today? Why would anyone victimize someone for exercising his right? If anyone would do such a thing, not the Jonathan government. In fact the mood that day did not reflect such, we were all smiles and hugs. After that meeting we were all hopeful that was the end of the crises,” he said.

He wondered why ASUU would return three weeks later, after it had failed to get back to government on November 8 as agreed, and demand addition of new clauses.

He said: “The 2009 Agreement stipulates that any party that wants a re-negotiation should inform the Ministry of Labour. If ASUU had said they would resume, but the outstanding issues must be addressed, government would have no choice,” Okojie said.

On the N200 billion revitalization fund which ASUU is demanding should be disbursed within two weeks, Okojie diclosed that the money has been deposited in an account in the Central Bank of Nigeria.

“The money cannot, however, be disbursed just anyhow because they are meant for capital projects,” he said.

Okojie therefore appealed to the striking union to return to work in the interest of students who he described as the victims.

“One of the universities in Uganda where our children are enrolling, neigbouring countries do not even accept their degrees. Our children are going to schools with poorer degrees,” he lamented.