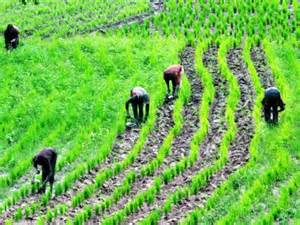 The Federal Government on Monday reiterated its commitment to create 3.5 million jobs through the agricultural value chains of production, processing and marketing by 2015.

President Goodluck Jonathan said this in Uyo at the opening of a three-day international conference on oil palm production.

The conference tagged; “First International Palm Produce Conference (IPPC)”, has “Investment in Oil Palm and its Derivatives: A panacea for African Economic Growth and Sustenance”, as its theme.

The President, who was represented by Dr Samuel Ortom, the Minister of State for Industry, Trade and Investment, said that government was poised to unlock the enormous potentials of agriculture.

He expressed government’s determination to add 20 million metric tonnes of food to the domestic supply by 2015.

“We have identified oil palm as one of the important commodities and key drivers to promote the value chain initiative.

“We have also intensified efforts to provide enabling environment.”

Jonathan said that between 1961 and 1965, Nigeria was the world largest producer and marketer of palm produce, contributing 39 per cent of the world average production.

“It is an irony that we allowed this position to slip out of our hands.

“Nevertheless, this administration is resolved to return the nation to the former glorious level of performance.”

The president said that a major breakthrough towards the attainment of the objective objective was the launching of Growth Enhancement Support Scheme (GES).

Under the GESS, the president said that farmers were receiving inputs directly.

In his goodwill message, Gov Idris Wada of Kogi said that his state was the highest producer of oil palm in Northern Nigeria.
Wada, who was represented by the Commissioner for Agriculture, Dr Femi Folarin, said that oil palm has high economic potentials.

He said that his administration was investing heavily in oil palm production across the state.

Wada appealed to private investors to partner with the state to boost production of the commodity.
The News Agency of Nigeria (NAN) reports that the conference was organised by the Federal Ministry of Industry, Trade and Investment in collaboration with National Palm Produce Association of Nigeria.
The conference was also sponsored by the Akwa Ibom Government and moderated by the Federal Ministry of Agriculture and Rural Development. [NAN]