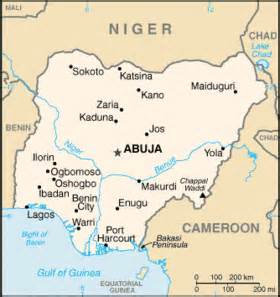 The Federal Government will seek the support of the government of Camero0n to halt the influx of insurgents into Nigeria from the Camerounian border, Minister of Information and Supervising Minister for the Ministry of Defence Labaran Maku has said.

According to him, the insurgents carrying out occasional attacks in locations in the North-east entered Nigeria from the border areas.

Maku said this while giving the scorecard of the Federal Government in 2013 during a phone-in programme aired on Radio Nigeria.

He stated that the massive deployment of troops and materials following the establishment of the 7th Division of the Nigerian Army in Maiduguri had stemmed the tide of attacks by insurgents in the North-east.

According to a statement signed his press secretary Joseph Mutah, Maku said getting rid of insurgents remained the topmost priority of the government.

He said the military had succeeded in containing terrorism in the North-east, Borno and Yobe states, in the last one year.

The minister also said the government had prioritised defence funds to construct military barracks and create other formations, train personnel and provide the necessary equipment to wipe out the activities of insurgents operating in the North-east.

“The recent attacks on Bama as we know came from across the border of Cameroun. We are working hard to reach out to the Camerounian government and other international agencies to ensure that we continue to put pressure on the insurgents from both sides of the boundary so that in the end, by the grace of God, we should witness greater success against insurgency in 2014.

“What is clear is that in the year 2013, tremendous success was made and most of the insurgents that infiltrated other states from the North-east when the pressure was on them were picked up. Some were picked up in far away places as Lagos and Ogun and a number of them are now in detention and trial is going on gradually,” Maku said.

Admitting that insurgency in form of urban and rural guerrilla warfare could not be eradicated overnight through military warfare, the minister however said concerted efforts by both the government and citizens in intelligence-gathering were important to flush out the insurgents.

He also promised the government’s intervention in the economic recovery of the North-east following the devastation and socio-economic setback suffered by the sub-region due to the insurgency.

“The President at the Economic Forum in the North-east unfolded a new agenda for the economic support of the North-east. From this year’s budget, some provisions are now being made to really give the North-east support.

“What is seen in the budget is not the end of the matter. There will be a lot of other support coming in and what will unfold will enable the Federal Government, international agencies, friendly governments abroad and also the private sector to make special contributions for the development of the North-east,” Maku said.

Maku said despite the inherited security challenges, which were mainly induced by local politics in the North-east, with severe consequences on the economic growth of the region, President Jonathan recorded tremendous successes in economic and social development in the last three years.