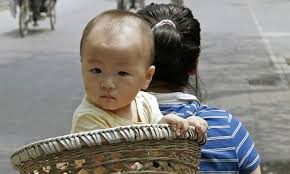 China Saturday formally adopted a reform of its one-child policy to allow couples to have two children if either parent is an only child, state media reported.

The measure was passed by the country’s top legislature, the Standing Committee of the National People’s Congress (NPC), the Xinhua news agency said.