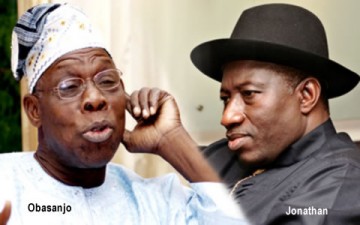 Former President Olusegun Obasanjo’s Special Adviser on Political Affairs, Chief Akin Osuntokun, yesterday clarified comments on a story captioned “Osuntokun rallies support for Jonathan”, published in a national daily on Wednesday, saying he could not have rallied support for President Goodluck Jonathan when he had not made his intention to contest the 2015 presidential election known to Nigerians.

According to Osuntokun, when journalists confronted him with questions on the feud between Obasanjo and Jonathan, he specifically mentioned that he did not want to wade into the matter just as he denied criticizing his former boss.

“I was not correctly reported in your story captioned, ‘Osuntokun rallies support for Jonathan’”, he said in reaction to the news headline stressing that “President Jonathan has himself not put forward his candidacy, so the issue of rallying support for him does not arise.

“As you rightly reported, I said he is entitled to re-contest.

“Secondly, I specifically stated that I do not wish to comment on his face-off with Obasanjo, let alone criticising Obasanjo.

“I know the news value of ascribing that to me, if and whenever I’m inclined to do that I will let you be the first to know”, Osuntokun added.

The former presidential aide had while fielding questions from newsmen at his country home, Okemesi-Ekiti on Tuesday, at the first anniversary of the death of his mother, Mrs. Hannah Folorunsho Osuntokun, had said Jonathan, by constitution, has every right to seek second term in office.

While lamenting the heating up of the polity by some politicians because of personal interest, Osuntokun pointed out that the current insecurity bedeviling the country was an offshoot of the 2011 presidential election.