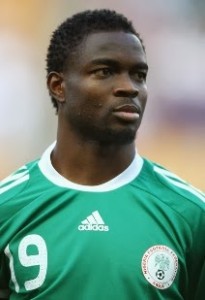 An ex-Premier League footballer and former Super Eagles defender, Sam Sodje  faces arrest after he was filmed bragging that he can arrange for professional footballers to get yellow cards or even sent off in return for huge amounts of money.

According to Sam Sodje, who played for Portsmouth and also in the top flight at Reading, he claims that he can arrange certain events in play for money.

In the said video the 34-year-old Nigerian defender Sodje boast that he can arrange for players to get themselves booked for a £30,000 pay-out.

Fraudsters can benefit from the occasion, when large bets are made on incidents like red and yellow cards, penalties and even corner kicks.

Sam Sodje said a lot of Things without him being known he was being recorded!