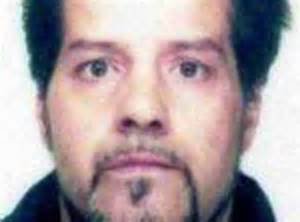 Italy’s justice minister says a serial killer who failed to return to prison after a two-day good-behaviour pass has been recaptured in France.

Annamaria Cancellieri announced the news on Friday just hours after she had briefed parliament on the embarrassing escape of Bartolomeo Gagliano, who has a lengthy rap sheet and was serving a nine-year sentence for theft when he went missing earlier this week.

A justice ministry official said Gagliano was captured in Menton, France, just across the border from Italy on the Mediterranean coast.

He had been due back at Genoa’s Marassi prison on December 17 after going to visit his elderly mother in nearby Savona.

Savona is about 125 kilometres from Menton along the coast.

At some point between Savona and Genoa, Gagliano allegedly carried out a carjacking and then drove off in the car, launching an international manhunt as questions swirled about how prison officials could have let out a serial killer with known psychiatric problems.

On Friday, Cancellieri disputed prison officials’ claims that they didn’t know of Gagliano’s criminal or psychiatric background, saying they had his full record.

The record, which started in 1981, includes convictions for multiple homicides, kidnapping, sexual violence and other crimes that he served time for in psychiatric hospitals.

Marassi’s prison director, Salvatore Mazzeo, has said that as far as the prison was concerned, Gagliano was merely a thief serving time for a 2006 robbery conviction and was due to be released in 2015.

Cancellieri noted prison records said he had been well-behaved and his recent psychiatric evaluations found him to be lucid, calm and collaborative.