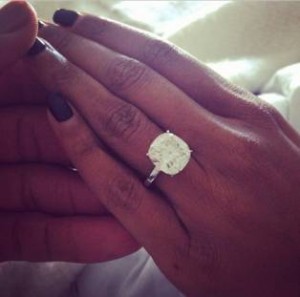 Sexy Hollywood actress, Gabrielle Union might still look as beautiful as you can remember but trust me when I say the veteran actress has paid her dues in full.

Gabrielle Union is 9 whole years older than Dwayne, but that didn’t stop the professional B-Baller from popping  the question yesterday Saturday December 21.

They announced the good news via their twitter and Instagram accounts instead of releasing an official statement.

This would be the second time he pair would be entering the sacrament of marriage.