French President Francois Hollande made an official statement which said that a French Catholic priest kidnapped in Cameroon by the suspected Boko Haram members on November 13, 2013, has been released. 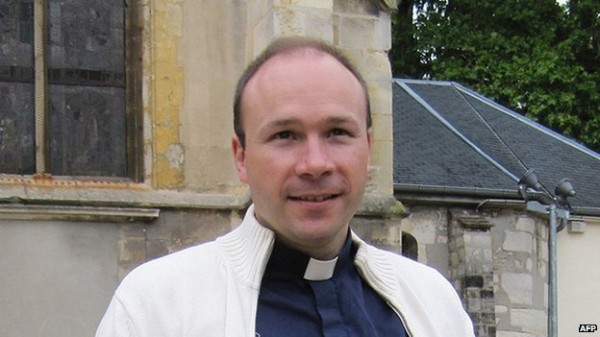 A 42-year-old Georges Vandenbeusch (in the photo) was kidnapped by gunmen in northern Cameroon, close to the border with Nigeria.

Boko Haram Islamist group later said it was behind the kidnap.

President Hollande thanked the authorities in Cameroon and Nigeria for their help in getting the priest released.

A French diplomat quoted by the AFP news agency said the priest was released in the early hours of December 31, 2013, Tuesday in northern Cameroon.

“He is now on a plane with the Cameroonian army and will be handed over to the French ambassador in Cameroon,” the source said.

There was no further explanation about his release.

It would be recalled that earlier this year, seven members of a French family called Moulin-Fournier, four of them children, were kidnapped by Boko Haram in northern Cameroon and held hostage for two months.

Boko Haram was allegedly paid more than $3m (N520,000,000) before releasing the family, according to a confidential Nigerian government report which has been seen by Reuters news agency. There was no official confirmation of that ransom.