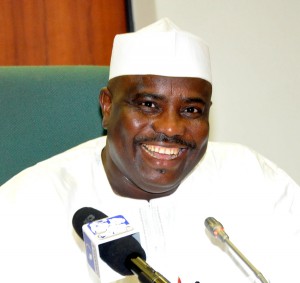 A group, Niger Delta for Peaceful, Credible and Visionary Leadership, has berated the Speaker of the House of Representatives, Aminu Tambuwal, for allegedly accusing President Goodluck Jonathan of aiding corruption in the country.

National President of the group, King Prebor (Snr), who said this while chatting with newsmen, described the comment as hypocritical and self-serving, adding that President Goodluck Jonathan was doing well in his crusade against corruption.

He said: “It is the duty of every Nigerian to wage war against corruption and corrupt practices. The President alone cannot fight corruption.

“I, therefore, urge all those in government to declare a state of emergency on corruption from the Presidency to the state down to the local government governments.” [Vanguard]