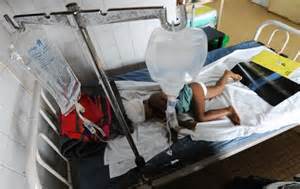 A hospital in the capital of the Central African Republic has been attacked by armed gunmen, according to Al Jazeera sources.

At least ten people were killed when Seleka rebels arrived late on Friday night at Bangui’s Amitie hospital, where many of those wounded from days of violence were being treated.

The gunmen reportedly pulled injured victims from the hospital, and shot them dead. The hospital has since been abandoned.

On Saturday, the country’s interim authorities ordered all forces except foreign peacekeepers and the presidential guard off the streets of Bangui.

The order for gunmen to return to barracks in Bangui came as France dispatched 1,200 troops to the country, where at least 300 people have died in two days of violence.

French forces started deploying to the north and west of the country to secure main roads and towns outside the capital, French army spokesman Gilles Jarron said on Saturday.

“Peacekeepers are patrolling the main roads. This is helping keep the looting down. But the atrocities are inside the neighbourhoods,” said Amy Martin, head of the UN officer for the coordination of humanitarian affairs (OCHA).

“If they can get into the neighbourhoods, we might start seeing a reduction in these crimes. The level of atrocities and the lack of humanity, the senseless killing defies imagination,” Martin said.

The bloodshed started on Thursday as armed Christians from Anti-Balaka group raided Muslim neighbourhoods in a country that has been seeing tit-for-tat violence since mainly Muslim rebels, called Seleka, seized power in March and toppled President Francois Bozize.

Michel Djotodia, leader of the Seleka ex-rebel alliance, is CAR’s interim president, but he has struggled to control his loose band of fighters, many from neighbouring Chad and Sudan.

French troops rumbled into their former colony on Friday, trying to stop violence in the capital and to stabilise the country after the UN Security Council authorised Paris to use force to help African peacekeepers. [Al Jazeera]