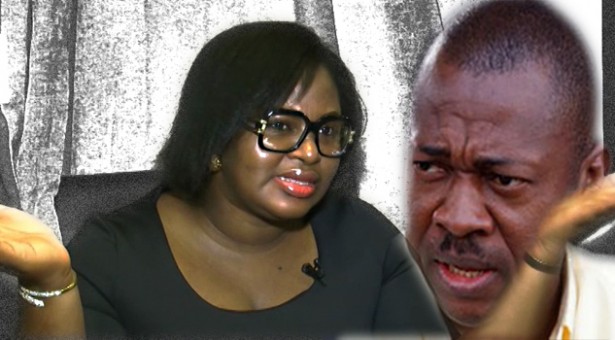 The estranged wife of Governor Sullivan Chime of Enugu State, Mrs Clara Chime, yesterday opened up on her widely publicized alleged ‘mental illness’ and recounted her ordeal in confinement at the Government House, Enugu.

Mrs. Chime, who spoke in an exclusive interview with Channels Television, said she “suffered from depression” as a result of her ordeal in the hands of Gov. Chime.

But she denied having any mental issues.

It would be recalled that at an interactive session with journalists in Enugu last month, Gov. Chime had denied the claim made by a Human Rights activist and lawyer, Mr. Femi Falana (SAN), on behalf of Mrs. Chime, that she was being held against her will and kept incommunicado from the outside world.

Gov. Chime then said his wife “has some medical challenges and it would be very unkind of me to talk about her condition on the pages of newspapers”.

He added: “We’ve been battling her health challenges prior to my inauguration in 2011. It was so bad at a time that she had to be taken out of the Governor’s Lodge for treatment”, but he denied ever imprisoning her.

Mrs. Chime, who was eventually ejected from the Government House, Enugu, following the negative publicity that trailed her ordeal, said she is “now liberated” and thanked Nigerians for their support while her ordeal lasted.

She said: “He (Gov.Chime) accused me of so many things, like he told the whole world that I had mental problem; he told people that my friends are into diabolical stuff.

“All I can tell him is that I wish him all the best in this life and the life to come because he is the father of my son.”

She said she was happy to regain her freedom.

“I’m just happy. I just couldn’t believe that one day I would be myself or be happy this way.

“I’ve gained a lot of weight. I’m going to get back to my normal size. It’s the drug that they gave me that caused this. The doctor in the UK told me that it was wrong medication because that is not what I’m suffering from.