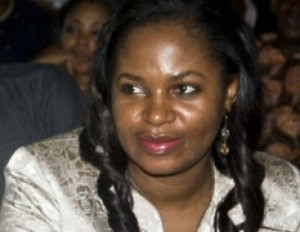 Estranged wife of Enugu State Governor, Mrs. Clara Chime, Saturday said she went through emotional and mental torture during her period of incarceration, although her current physical state belied that assertion.

She also said she had no mental problem as earlier claimed by her husband, Governor Sullivan Chime.

According to her, after her release from incarceration in Enugu, she had flown to the United Kingdom to run extensive medical tests and her condition was diagnosed as reactive depression, not mental disorder.

She also said in her five years of marriage, she had on four different occasions planned to escape but was caught and brought back to her apartment in the government house.

“Before I cried out for help, I was only suffering from a case of depression which I got from my stay with him in the government house but he made people believe I had mental problems,” Mrs Chime said.

“During the press briefing he called after human rights commission and my lawyer, Femi Falana, came to my rescue, I didn’t answer the questions of journalists because I didn’t know about it.

“When I got married to him in 2008, never at any time did I envisage that this kind of ordeal would happen to me. I was then working with Petroleum Development Trust Fund (PDTF).

Chime disclosed that her incarceration started when she flouted the alleged ban of her friends from the government house, alleging that the governor got her and her friend arrested.

On her several attempts to escape she said, “Several times, I tried to escape the government house but there was no way as they always caught and brought me back. So this last time, a friend helped me contact Falana and he came to my rescue because my husband had restricted my movement as well as banned my family and friends from seeing me. My friends started coming to see me about three years ago because he claimed they were diabolical like me. He accused me of so many things but I wish him well.”

She however said at no time during her depression did she try to commit suicide although she was fed up with her situation, adding that all she wants now is to start life afresh.

She said, “I wish him well in all his endeavours but we have started the process to get custody of my son after which I would start my life afresh. I would also work on myself now because I have added tremendously and it was because of the drugs they were giving me, which according to the doctor in UK was the wrong prescription.”

Ruling out any chances of reconciliation, she said although she was separated from her husband, she would begin divorce proceedings after the two years interval as stipulated by the law elapses.

Chime thanked Nigerians, the Inspector General of Police, Mohammed Abubakar, and the Director General, State Security Services, Ita Ekpeyong, saying it was pertinent to reiterate the excellent state of her mental health.