Nelson Mandela was many things to many people, but his sense of humor, his dry wit and his remarkable ability to render someone speechless with a well-placed one-liner, is a separate topic worth to be remembered. 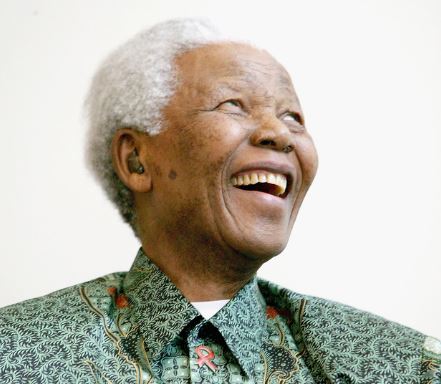 He was not the kind of man to fall over in laughter or to guffaw loudly. He did not make silly gaffes, inappropriate innuendos or stupid jokes. Instead, just like the rest of him, his humor was dignified, statesmanlike and perhaps a little old-fashioned.

Some of Mandela’s jokes were well-used and a bit cheesy, but that did not detract from their simplicity and effectiveness.

He had a small arsenal of one-liners he used for different people.

If he met a married couple, he demanded to know from the lady, “When did you propose to your husband?”

Of course, for Mandela, with his early 20th century, patriarchal value system, it was hugely amusing to imagine anything as audacious as a woman asking a man to marry her. And of course, his question was always met with nervous, unnaturally loud laughter that broke the ice.

Either way, Mandela won over foes, disarmed critics and charmed the media with his cutesy, gee-whiz humor.

Besides the jokes, he could also lather complete strangers with devastatingly flattering compliments. He often said to those whose lives are not distinguished by public office or marked by accolades, “I am so honored to meet you.”

More often than not, he would poke fun at himself with classic comic timing. He would often start off a speech by thanking everyone for coming to listen to “such an old man.”

Later, after he stood down after one term as South African president, he won over a group of staid, white South African businessmen by telling them, “Nowadays, I am just a poor pensioner. I am jobless. Maybe you could hire me?”

Self-mockery was a typically savvy Mandela ploy to ensure that people would relax around him.

The cult of Mandela had become so pronounced that celebrities, world leaders and ordinary people often became tongue-tied and gibbering when they met him.

So, joking about his failings or mistakes was just another way of Mandela saying: “Chill! I’m cool. Relax.”

Mandela walked with a ramrod gait, straight-backed and stiff. Over the years,many people meet him for the first time, and without exception, they came away from the encounter amazed at how tall and regal-looking he was.

Only children seemed unintimidated by his height and fame. There is something about Mandela that kids loved.

Little children would run to him without knowing why they were doing it and toddlers rustle around his legs like purring kittens. For them, and even us adults, perhaps he was like a smiling South African Santa Claus?

The feeling was mutual. Mandela mined children for their opinions and views of the world. He seemed to relish their brutal honesty and innocent humor.

One of Mandela’s favorite anecdotes — often told in public — was of a conversation he had with a 4-year-old girl who asked him how old he was. Mandela replied, “I can’t remember, but I was born long, long ago.” She then asked him why he went to jail. Mandela replied, “I didn’t go there because I liked it. Some people sent me there.” She asked how long he had been in jail. Mandela again replied, “I can’t remember, but it was a long, long time.” Mandela then relays to his audience that after a thoughtful pause the little girl said, “You are a stupid old man, aren’t you?”

Mandela’s good humor and jovial demeanor were not just a public ploy to charm crowds or disarm nervous guests. He used it to great effect in his political life.

A familiar story in South Africa is how, during multiparty negotiations before the 1994 democratic election, he would often gently tease the leader of a rightwing Afrikaner party, Gen. Constant Viljoen, by saying, “We have to let the white man talk; after all, he is from the supreme race.”

Again, a slightly naughty, cheeky grin would subsequently appear, by which time the chilly, racially charged atmosphere would have been warmed up by nervous laughter.

For Mandela, sports were a major weapon against racism

Mandela even amused the British royal family with his casual, overfamiliarity with the Queen, whom he called “Elizabeth” and not “Your Majesty.”

It was a deliberate snub against pomp and protocol for the simple, humble Mandela. “Well, she calls me Nelson,” was his repost, when one of his grandchildren asked if it was not perhaps in bad form to call the Queen by her first name.

One only wonders the response from the British establishment when Mandela complemented “Elizabeth” on her figure; “Why, Elizabeth, you’ve lost weight!” he reportedly said to the famously stiff-upper-lipped monarch.

Mandela’s humor was centered in his inherent sense of self. He played the fool or jester sometimes, all the while knowing that he was fundamentally deeply content with himself.

While some leaders flounder with self-doubt, or others primp with self-congratulations, Mandela was merely a twinkle away from nudging you in the ribs with a self-knowing smile.

Mandela’s funeral will be held on Dec. 15 in South Africa, following 10 days of mourning, President Jacob Zuma announced today. A memorial service will be held at Soccer City in Soweto on Dec. 10, and Mandela’s body will lie in state from Dec. 11 through the 13th.