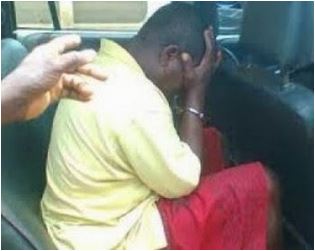 Charles Muka, the Acting Public Relations Officer (PPRO) of the state police command, informed that the pastor defrauded over 20 people of both property and money.

He also added that the accused was a fake pastor at the Holly Hill Zion Prophetic and Solution Ministry, located in Akwu Ofu, Asaba.

“The Pastor’s mode of operation is to raise false alarm on death and imminent calamity on his unsuspecting victims to make them part with their cars and monies,” the PPRO said.

The items recovered from the pastor included two saloon cars, two jeeps, among other items.

Mr. Osakwe was remanded in prison.