On Thursday, a rainbow appeared over the Union Buildings, the country’s official seat of power in Pretoria, and where the beloved world leader’s body is currently lying in state. 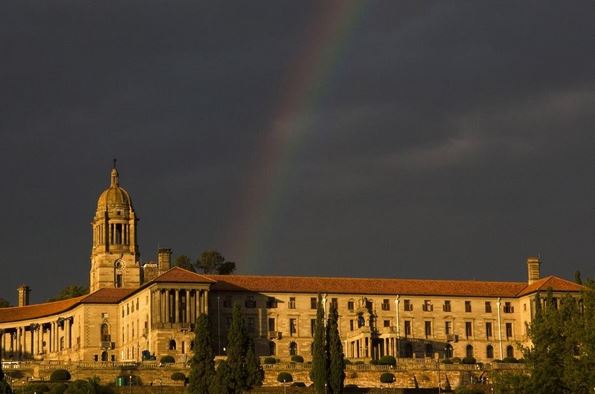 The body of Mandela, who passed away at the age of 95 on December 5, has been on display to the public since Wednesday, and will remain so till Sunday, the official funeral day.

The appearance of the rainbow over the building has shocked many.

Could this be coincidence or does it have some significant meaning?