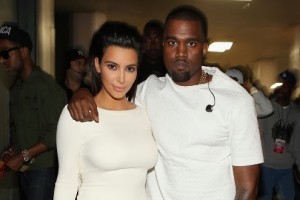 I have been saying this all month and it’s good to know that professionals also view it that way.

I came across this article online, written on Fox News.

Read the article below: –

Is it a “Kardashian kurse” or is Kanye West losing his cool all on his own? In any case, popularity problems seem to be plaguing the once untouchable rap sensation.

West’s performance this week brought just 4,500 people to the Sprint Center, a venue built for 19,000, meaning less than 24 percent of seats were occupied. He has had to cancel several other shows throughout his nationwide tour and drew criticism when he stopped a Florida concert after only three songs and demanded the lights be turned off before launching a profanity-laced rant at the tech staff and storming off the stage.

So is West’s egotistical, bizarre behavior finally taking its toll on fans?

“We are often drawn to people who have an ego and confidence that is derived from their talent. But an empty ego, based on a fake self-inflated image and concept, creates an over powering sense of desperation and superficiality,” human behavior expert Patrick Wanis told FOX411.
West has made headlines frequently lately, more due to his outlandish remarks than his trailblazing talent. We’ve heard the rapper compare himself to everyone from Jesus, Michael Jordan and Steve Jobs to Nelson Mandela, Michelangelo and Michael Jackson – and amid all that talk, he has also managed to offend much of the Jewish population.

The Anti-Defamation League is accusing West of anti-Semitism over comments he made to a Chicago radio station last month, urging him to take responsibility for saying that Obama can’t execute moves because “he ain’t got those connections. Black people don’t have the same level of connections as Jewish people.”

Adding insult to injury, a new study released in November suggests that West’s connection to the Kardashian family may also be the reason for his popularity decline. Q Scores, a website marketers use to measure recognition, reported that West’s popularity has dipped a whopping 66 percent since he first started dating his reality star fiancée in April 2011, and that he now ranks far below the average hip hop artist and male celebrity.

“When putting two egotistical, self serving individuals together, you’ll create a rather vile spark. And in times of economic hardship across the country, bragging about materialism is typically frowned upon,” says California-based public relations expert Angie Meyer-Olszewski. “The Kardashian brand is a sinking ship. Anybody who jumps on board will eventually fall. A successful celebrity in his own right, Kanye made a horrible strategic decision by engaging himself with Kim.”

And while West’s highly-anticipated album “Yeezus” initially shot to No. 1 on the billboard charts, it fell an embarrassing 80 percent the following week, the largest second-week performance drop for a No. 1-debuting album in more than a year.

Then there was the release of that scandalous music video for “Bound 2,” co-starring his topless fiancée and baby mama, which become an instant laughing stock across the web and was slammed with a viral video spoof courtesy of comedians Seth Rogen and James Franco.

Things are not exactly coming up roses in the Kardashian empire either, with recent reports indicating that the show has been on a steady decline over the last four seasons and has lost almost one million viewers per episode since season five.

But according to some communications experts, West can get back on top if he plays his cards right.
“He can definitely win back favor with fans, as soon as the attention moves back to his music since he is such a talented artist,” says Elissa Buchter, founder of Schmooze PR. “The amount of ego you’re allowed to get away with in Hollywood is directly proportional to success of your projects. As long as his songs are on top of the charts, his romantic life isn’t going to crush his credibility as a superstar.”

A rep for West did not respond to a request for comment.

What do you think??