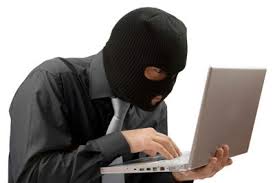 Elbits System, an Isreali Electronic Defence firm, has arrived Abuja to begin the installation of a $40million internet facility…which will spy on the people of Nigeria on behalf of the Nigerian government.

Premium Times reports that the internet monitoring company was contracted by the Federal Govt in April this year to install a comprehensive spying facility that will help them monitor its citizens.

The installation will go ahead despite public outcry and an ongoing legislative probe of the project that followed the leak of the contract by this newspaper. The installation is also taking place in complete disregard of the National Assembly which ordered the government to suspend all actions on the contract pending the outcome of a planned investigation.” Premium Times reports

The presidency had mulled cancellation of the contract after it summoned Elbit Officials, accusing them of not being discreet enough in the handling of the contract.

The Goodluck Jonathan administration secretly, and in open violation of lawful contracting procedures, awarded the Israeli firm, with headquarters in Haifa, a $40million contract to help it spy on citizens’ computers and Internet communications under the guise of intelligence gathering and national security.

Elbit announced it won the contract back in April, in a global press release, where its general manager, Yehuda Vered, opaquely announced that “Elbit Systems will supply its Wise Intelligence Technology (WiT) system to an unnamed country in Africa under a new $40 million contract … for Intelligence Analysis and Cyber Defense.”

Sources within the administration informed PREMIUM TIMES that the officials arrived Abuja over the weekend (two weekends ago) and had installed the “big brother” device at the headquarters of the National Intelligence Agency in Abuja.

A team of about 20 Nigerian intelligence officers are currently training in Haifa, Israel – headquarters of Elbit Systems – and are expected to run the spying equipment after its installation.

The first batch of the intelligence trainees are due back in the country next week, our sources say.

Elbit says it will take it two years to complete the project, by which time it claimed, the administration will have “a highly advanced end-to-end solution, [to] supports every stage of the intelligence process, including the collection of the data from multiple sources, databases and sensors, processing of the information, supporting intelligence personnel in the analysis and evaluation of the information and disseminating the intelligence to the intended recipient…[that] will be integrated with various data sources, including Elbit Systems’ Open Source Intelligence (OSINT) solution and Elbit Systems’ PC Surveillance Systems (PSS), an advance solution for covert intelligence gathering.”