The Federal Government has criticised the views of the All Progressives Congress (APC) on the ongoing strike by the Academic Staff Union of Universities (ASUU), saying the party members are opportunists who wish the action lingers till 2015 in order for them to capitalize on it to win 2015 election. 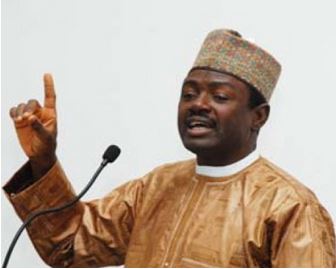 FG says it is unfortunate that the APC is not offering any new alternative to Nigerians but rather is busy playing politics with the strike action embarked upon by the union, which has kept students at home for over 5 months.

This has been stated by the Minister of Information, Labaran Maku, in Abuja on December 6, 2013, Friday.

The Minister pointed out that “apart from gang ups and wrestle for power, APC lack focus adding that political rebels from PDP has taken over APC”.

“The APC is now hanging on in this strike, pretending to be supporting the lecturers so that the strike will linger till 2015 so that they capitalize on it to win election. This is very sad. They should offer us alternative policies. An opposition party should be offer new alternative for the nation. APC is now becoming A-PDP-C. Meaning that the rebels in PDP have taken over the party.

“What you now have is the original PDP versus APC-PDP. You can’t say everything is bad in PDP and you allow people from PDP to join your party. So what is the new thing they are offering Nigerians? Not in policy, not in focus,” the Minister of Information stated.

He further added that ASUU went into the strike out of conviction to solve the problem facing the universities, but opportunists want to take advantage of the strike and called on ASUU to call off the strike in the interest of the nation and students.