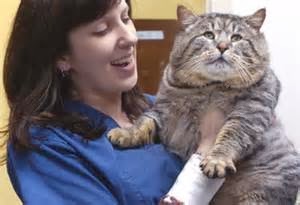 Maria Assunta was the wealthy widow of an Italian property tycoon. She passed away two weeks ago at age 94. What makes Assunta’s passing so unique is all of her fortune was left to her 4-year-old cat, Tommaso, according to ABC News. The cat inherited $13 million in real estate and cash.

Assunta had no children. When her health started to fail in 2009 she bequeathed her estate to Tommaso. Italian law prohibits animals, such as pets, from a direct inheritance, states the New York Daily News. Assunta could not find a satisfactory animal shelter to care for her cat when she passed away.

Instead, her nurse Stefania took care of them until her passing. Stefania and Tommaso are living in an undisclosed location away from potential kidnappers and avoiding con artists. The cat is not the first to inherit a huge fortune.

Blackie’s owner, Ben Rea, died in 1988. Rea’s $13 million estate went to his beloved cat and other cat charitiesin the U.K. His relatives were not too pleased with the decision, according to The Pet Gazette.

British comedic actress Beryl Reid died in 1996. In her later years she began adopting stray cats at her home in Berkshire, England, reports The Independent. Coco, Boon, Hamish, Eileen and Tuffnel acquired a fortune of $1.8 million. Reid designated friends to look after her cats.

TV NZ News reports Canadian David Harper, a bachelor and recluse, died in March 2005. Harper left all of his fortune, 1.3 million Canadian dollars, to his cat, Red. The United Church of Canada makes sure to care for Red’s needs such as food and veterinarian bills for the rest of his life.

Margaret Layne was 89 and acquired an 8-year-old cat named Tinker. Layne did not have any children, according to BBC News. When she died in 2002, she left her North London home and a trust fund to Tinker. Layne’s neighbors, Ann and Eugene Wheatley, are the designated caretakers of Tinker’s home and overall care. Other cats from the neighborhood are enjoying Tinker’s comfortable lifestyle.