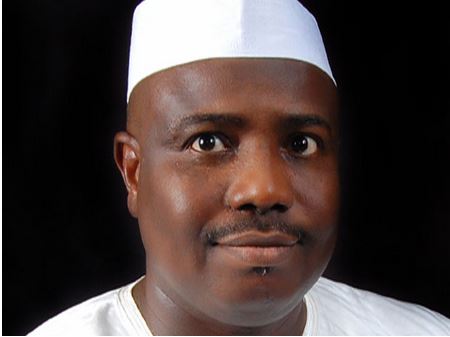 In his recent remarks, Speaker of the House of Representatives, Aminu Waziri Tambuwal, accused the Nigerian Government’s executive arm of inability to expose and fight corruption, and alleged that the Economic and Financial Crimes Commission was also wallowed in venal practices. Ever since Tambuwal had spoken at the 2013 International Anti-corruption Day, organised by the Nigerian Bar Association in Abuja, politics have been expressing their mixed opinions concerning his remarks.

The statement, although not verified, Dr. Agbakoba noted, comes from “the fourth man in government”.

“What I took from the Speaker’s statement, whether it is true or not, is that the Government has to completely overhaul the EFCC, including considering whether to unbundle it, because what Nigerians want to see is that people who steal our money go to jail.

Chief Ayo Adebanjo, Afenifere chieftain, declined to fault or endorse Tambuwal’s statement, saying, “That is his [Tambuwal’s] own view, and I have my own views.”

And, although he said,”I will not say he [President Jonathan] encourages corruption,” Chief Adebanjo was quick to add, “but the President has not done enough to discourage corruption.”

Chief Cliff Mbagwu, chieftain of the Peoples Democratic Party (PDP) and management consultant, indicated that the House of Representatives itself is corrupt as well, and the executive arm is not the only one with problems.

“The Speaker is part of the Government even though he belongs to the legislative arm. If the executive arm cannot fight corruption, then the Speaker also has some blames.

“Part of his duty is to fashion the legal framework to fight corruption. He is in-charge of lawmaking. Besides, the House of Representatives itself is corrupt.

“Oversight function is now a source of income for the lawmakers as they intimidate ministers and agencies of government for money. If he is not acting the script of the opposition, let him start the anti-corruption war from the House

“I agree with him that we are not fighting corruption, but the problem is not with the executive alone. Let’s have the legal framework,” Chief Mbagwu said.

Chief Ebenezer Babatope, the ex-Minister of Transport and PDP chieftain, criticized the “inexperienced” Speaker for his comments.

“What evidence does he have to say that the president is not fighting corruption? Or does he want the president to go jail his cabinet members to show that he is fighting corruption? He should not play into the hands of those that want to destroy him. He is a young man who should build his party squarely and allow his party to dictate what is going to be his own political future,” Mr. Babatope said.

“It is an indictment on the Government that he is standing as the number four man. If he really means what he is saying, he should not have waited for the time of decampment before making such statement. If he had done it that way, we would have taken him more seriously.”

Meanwhile, in a statement issued yesterday by their Interim National Publicity Secretary, Alhaji Lai Mohammed, the All Progressives Congress (APC) have commended Tambuwal for his “patriotism and dedication to the nation on his principled stands”.

“We have raised the same issues raised by the Hon. Speaker several times in our regular intervention, but the [President’s] administration has dismissed our concerns on the altar of partisanship,” the party’s statetment read.

The President’s “deceptive actions” have taken time and again over very serious issues of corruption, including the monumental fuel subsidy scam, the pension scam, the fraud involving the excess crude account, the Sure-P scandal and Oduahgate, the party said.

Instead of handling corruption cases over to the anti-corruption agencies for summary disposal, Jonathan opts to distract Nigerians, who, he thinks, will merely scream and forget after some time, by “setting up committees” and putting the reports away, the party said.

The party expressed their delight over “being with the Speaker in the same company” that criticizes President Jonathan’s lack of political will to fight corruption in Nigeria.