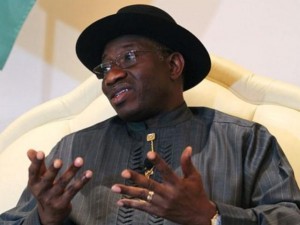 A Delta State Peoples Democratic Party (PDP) governorship aspirant in the 2007 general elections and currently Special Project Director in the office of Delta State Governor, Chief Sunny Onuesoke, has rebuked the Speaker of House of Representatives, Hon Aminu Tambuwal, over his utterance that President Goodluck Jonathan is encouraging corruption in Nigeria by paying lip service to the fight against the scourge.

Tambuwal, who spoke as a guest speaker at the 2013 International Anti-corruption Day, organised by the Nigerian Bar Association (NBA) in Abuja, on Monday, had alleged that Jonathan is encouraging corruption in Nigeria by the way he is handling corruption cases. Reprimanding Tmabuwal, who is alleged to be on his way to joining APC, for his “unguarded” statement, Onuesoke argued that the Speaker, being part of the government of the day, has shot himself in his foot because he cannot exonerate himself or the National Assembly from the allegation he is accusing Jonathan and members of his executive of.

Advising Tambuwal to start the war against corruption from the House of Representative, Onuesoke, who is also an environmentalist, said, “The Speaker is part of the government even though he belongs to the legislative arm. If the executive arm cannot fight corruption then the speaker also has some blame. Part of his duty is to fashion the legal framework to fight corruption. He is in charge of lawmaking.

“He should say the current leadership of which he is number four cannot combat crime but not by singling President Jonathan out by saying he is encouraging crime. What has he done to the Femi Otedola case against Farouk Lawan who is a member of the House of Representatives? Is Farouk not still in the House? He should start fighting corruption from the legislative arm. He should resign for indicting the government he belongs to for saying they cannot combat corruption.

“Oversight function is now a source of income for the lawmakers as they intimidate ministers and agencies of government for money. If he is not acting the script of the opposition, let him start the anti-corruption war from the House. Let’s have the legal framework to fight corruption.”

Describing the Speaker as lacking administrative experience, Onuesoke stated, “He is not supposed to have made that kind of statement. Does he not know that some House of Representatives members were picked up for corruption? What did he do? The young man lacks experience. He is a party man and what he has done is wrong.

As a party man, he must learn from experience, he must be calm. “What evidence does he have to say that the president is not fighting corruption? Or does he want the president to go and jail his cabinet members to show that he is fighting corruption? He should not play into the hands of those that want to destroy him. He is a young man who should build his party squarely and allow his party to dictate what is going to be his own political future.” [Vanguard]